I am now handcrafting natural Whitby jet which is then set in silver.

Whitby jet is a black gemstone in a fossilised wood deriving from a species similar to the Monkey Puzzle tree. Jet can acquire a deep sheen when finely polished. It was widely used for jewellery and hair ornaments in the later Roman period, in Britain, and regained popularity in the Victoria era.

According to Wikipedia, the jet found at Whitby, on the North Yorkshire coast of England (in the British Isles), is "approximately 182 million years old".

Already completed is a large, silver Celtic knot cross pendant set with a cabochon that I have handcrafted in genuine Whitby jet. 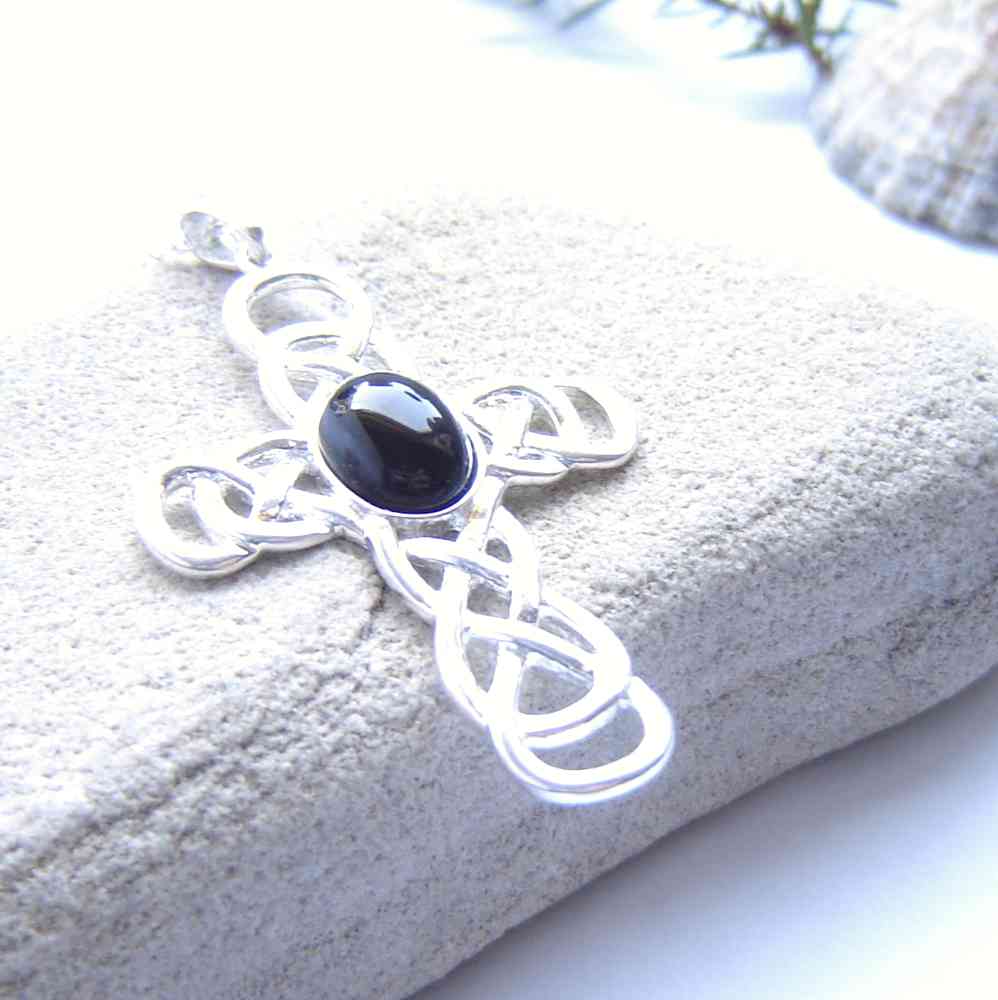 You can see more of my Whitby jet jewellery here.